View cart “Diffuse City” has been added to your cart.

Diffuse City is the unique urban ambience sound effects library you didn’t know you were missing. It captures the urban environment in its many forms… all based around the idea of diffuse ambience.

This SFX library is purpose-built for the times an environment needs to be felt, but not be distracting. Every track in Diffuse City was recorded with some sort of real life “filter” in mind; be it distance, elevation, time of day, physical material… Anything to provide the feeling of city life with out the specificity of many urban ambience libraries. No distracting close car pass-bys or people talking; only great natural ambience beds:

Diffuse City was recorded in big cities, suburbs, small towns, and rural settings over a span of two years. It was largely recorded over very late nights, when very few people we’re around. Occasionally, however, a car would pass by… a gun would go off… While these were edited out of the recordings, they are included as “extras” in the library. Perfect for adding some flavor to a moment that’s authentic to the environment it was recorded in.

In addition to thorough metadata, each ambience in Diffuse City is embedded with markers highlighting unique moments that aren’t easily visible in a waveform. Software like Soundminer v4.5 and Reaper can display these markers, making it easy to identify distinct sonic moments in an otherwise nondescript waveform. Learn more about software support for markers.

Elevated City
City life from above. Spanning from 12 to 30 stories up, these ambience tracks provide the unmistakable feeling of elevation in the urban environment. The city was recorded from rooftops, balconies, and windows during both day and night.
(9 locations/80+ min/1 “Extra”)

Distant Highways
A great variety of distant interstates and highways. Covering sparse pass-bys to constant traffic. Locations up to a mile away from highways were specially picked to have minimal unwanted “close” sounds… only fast far away traffic.
(15 locations/160+ min/2 “Extras”)

Underground
The underbelly of the city. Nothing can quite match the deep rumbling of a city overhead, pulsing of fans, reverberant cars in the distance, or even far away yelling of the homeless. These are authentic recordings of the gritty and ominous atmosphere of the urban underground.
(8 locations/65+ min/8 “Extras”)

Distant City
Cities in the distance have an aura that’s quite difficult to capture on its own. Diffuse city offers just that: the humming drone of distant city life. Perfect for that “outskirts of the city” sound.
(9 locations/80+ min/6 “Extras”)

Under Bridges
Bellowing bridges from below. Mics were placed under interstates, highways, and other roads in places that may or may not have been legal. The result: massive rumbling tones and impacts from short bridges to entire raised interstates.
(12 locations/105+ min/1 “Extra”)

City Rumble
The perfect city base. Rumbling of urban environments with no specific traffic. Cities were recorded from their core extremely late at night, when almost no one was out driving around. Without the traffic, what’s left is the natural resonant rumble of the urban background.
(11 locations/90+ min/11 “Extras”)

Window Contact
City ambience… as heard via glass. The resonance of windows provides a very unique perspective of the urban environment. While intended for design, it could also be used for city bleed into an interior environment.
(3 locations/25+ min/1 “Extra”) 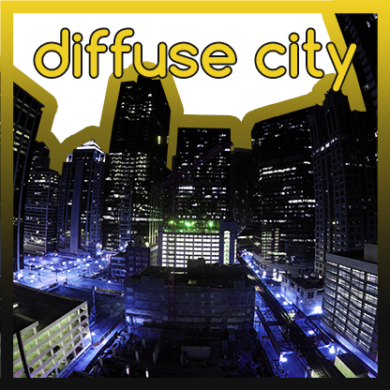